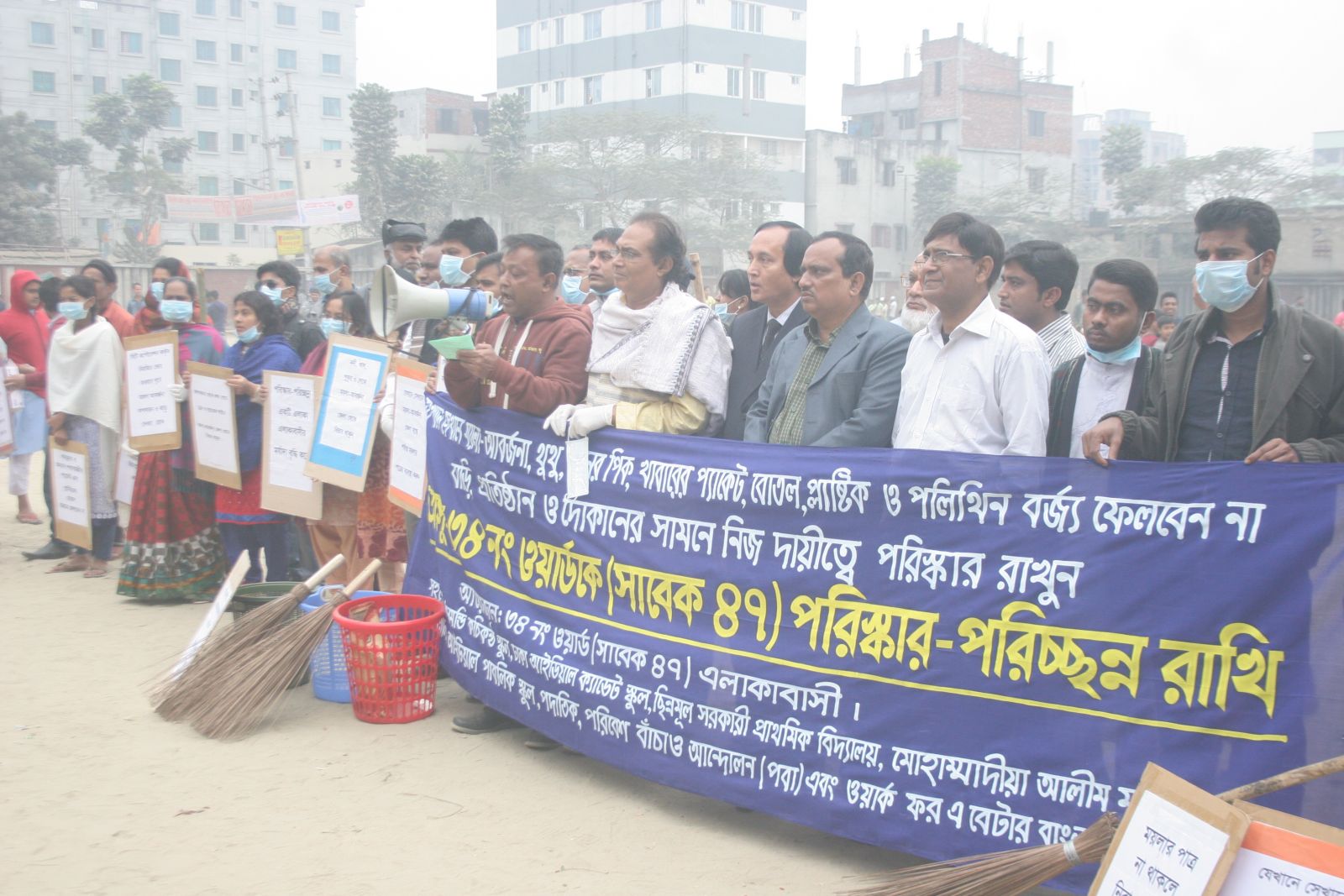 Today, 31 December 2014 at morning, speakers made above opinion while they inaugurated clean Dhaka Campaign from 34th Ward of Dhaka North City Corporation area at Mohammadpur.

Abu Naser Khan said that; clean neighborhood can build a healthy society. Everyone should care about the areas where they live. If all citizens ensure to make our locality clean, then whole country will be clean at a time. This is not just start of Clean campaign; we hope everyone will keep this oath to maintain environment friendly locality.

Abu Naser Khan also said that, we everyone is responsible for environment and development of our country. So we should play active role to make city and country better.

Speakers asked to all City Corporations to ensure waste basket after every 100 meters and waste should removed everyday from these waste baskets. Organizers also informed that, this is just start. Gradually this clean Dhaka campaign will shift to throughout the city.