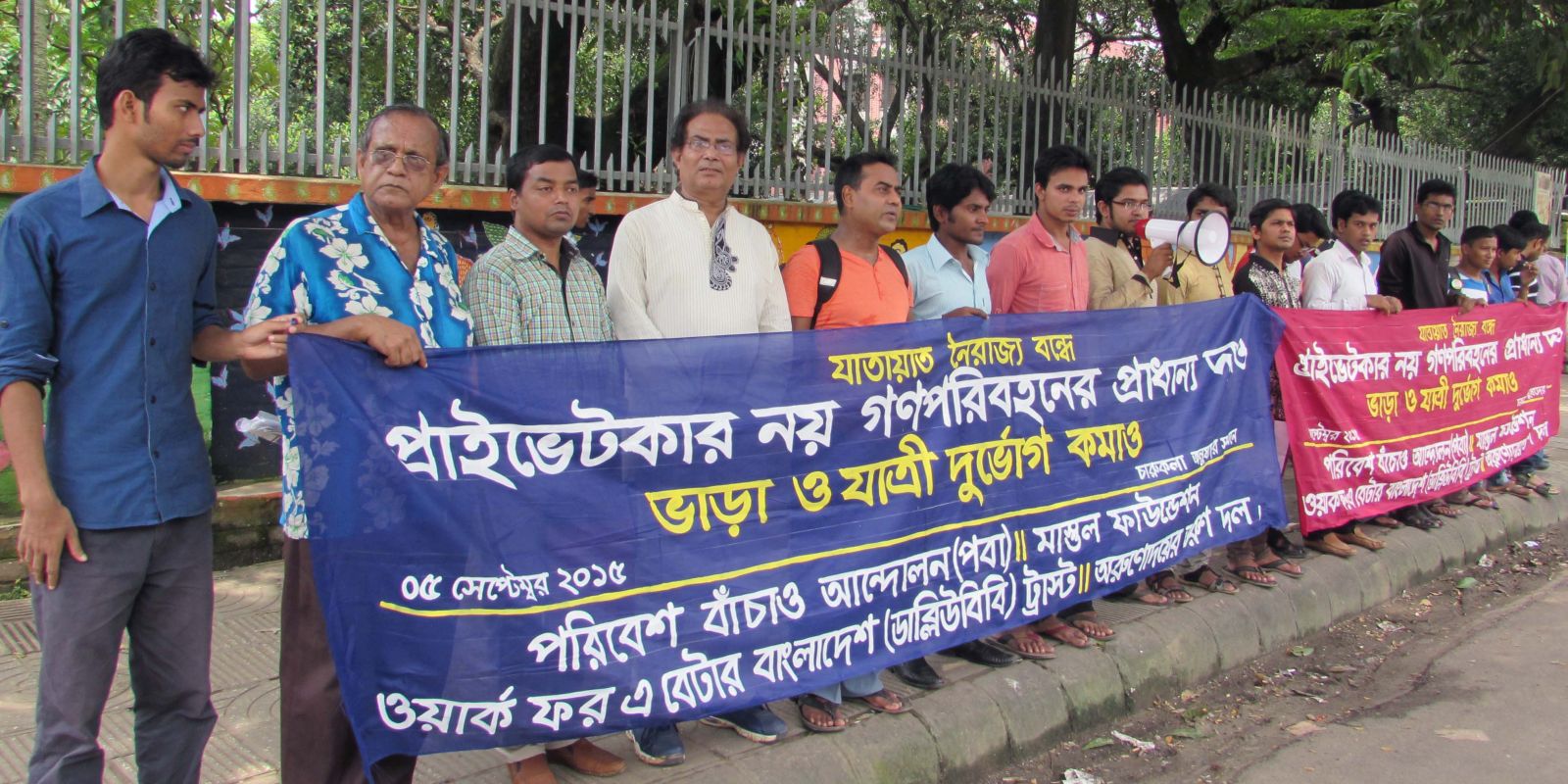 Speakers said that, transportation in Dhaka has become a big problem. Public transit is not available. Especially women face tremendous problem. Moreover, fare is increasing without any control. Number of private cars is increasing in an alarming rate. 95 % people in Dhaka walks or uses public transit or bicycle. But the focus is on 5% private cars. These cars are illegally parked beside roads or on footpaths. This is causing traffic jam and obstacles of walking.

In this situation we demand: