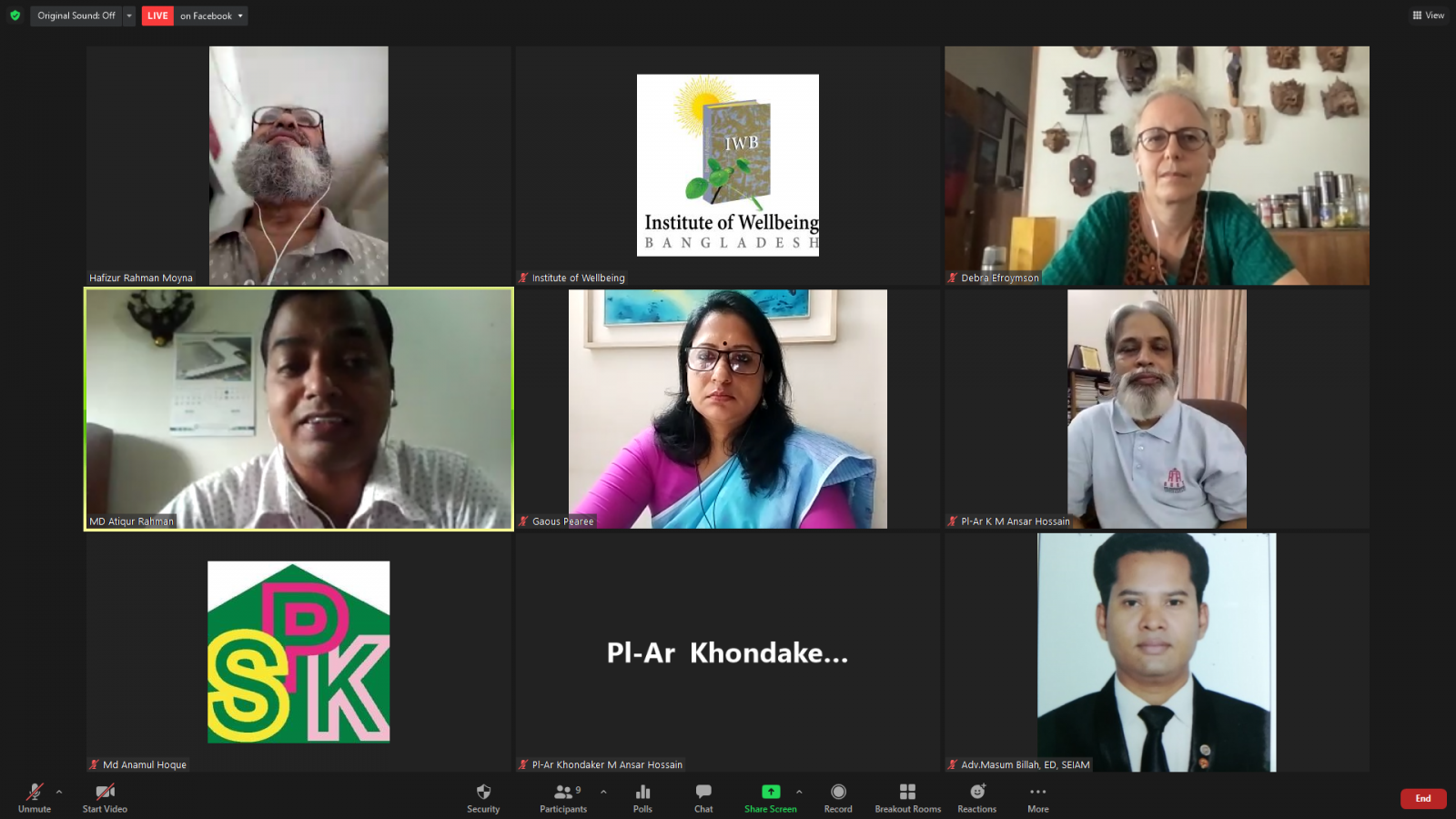 In Dhaka city, 7 percent of trips are by private car. That is why it occupies 70 percent of the road. On the other hand, buses, trains, waterways, walks and rickshaws have 93 per cent traffic but the facilities for these means have not been ensured. Traffic congestion, fuel pollution and accidents are increasing as a result of giving priority to private cars instead of walking and public transport in the plan. As a result, we have transformed the city into a city of pollution, a city of traffic jams and an unsafe city. 18 September 2021, at 11.30 am, a discussion titled “World Car Free Day 2021: Our Thoughts in Urban Planning” was jointly organized by Institute of Wellbeing Bangladesh, Curfew Cities Alliance, Curfew Cities Alliance Bangladesh and Work for a Better Bangladesh Trust. Speakers at the meeting expressed this view.

Debra Efroymson said the city transportation system needs to get out of private car-friendly projects (flyovers, elevated expressways) and give priority to non-mechanical vehicles, pedestrians. Besides, improved public transport system has to be ensured. Due to traffic jams, 5 million working hours are being wasted daily in Dhaka alone. Whose financial loss is about 37 thousand corer rupees a year? We are evaluating development with GDP. Where there is no human evaluation.

Khandaker M Ansar Hossain said that although there are more buses, rickshaws, bicycles and walking in Dhaka city, these means are getting access to only 30 percent of the roads. But 5 and a half percent of people have private cars. We are violating the rights of the common man by developing the city for a small number of these people. We need to focus on area based development.

Md. Hafizur Rahman Moyna said that modern public transport should be arranged besides controlling private vehicles. Public should be given as much space as he can need to travel on the road. Private cars take up 160 square feet of parking space and are parked 90 percent of the time. Although air quality has improved somewhat since the two-stroke three-wheeler was discontinued in 2002, the uncontrolled growth of private cars has made air quality worse than before.

Masum Billah said, "We are moving in the opposite direction all over the world when steps are being taken to control private cars." Although city planning is supposed to be for the people but people are not being given priority there. Enamul Haque said, "In order to modernize the city, we have neglected the public area and arranged shopping malls and car parking." As a result, we have lost a healthy environment and a place of recreation, traffic jams and pollution.

Gaous Pearee said that more than 35 million trips are made in Dhaka city every day. Although there is more travel in walking and public transport, these means are neglected in the plan. In the last 10 years, we have spent about 43 thousand corer rupees to reduce traffic congestion. But its benefits do not match. On the contrary, the speed of vehicles has come down to 6 km per hour now as compared to 10 years ago. According to the policy, it is necessary to improve the quality of walking environment for pedestrians, especially children, women, the elderly and those with special physical needs.