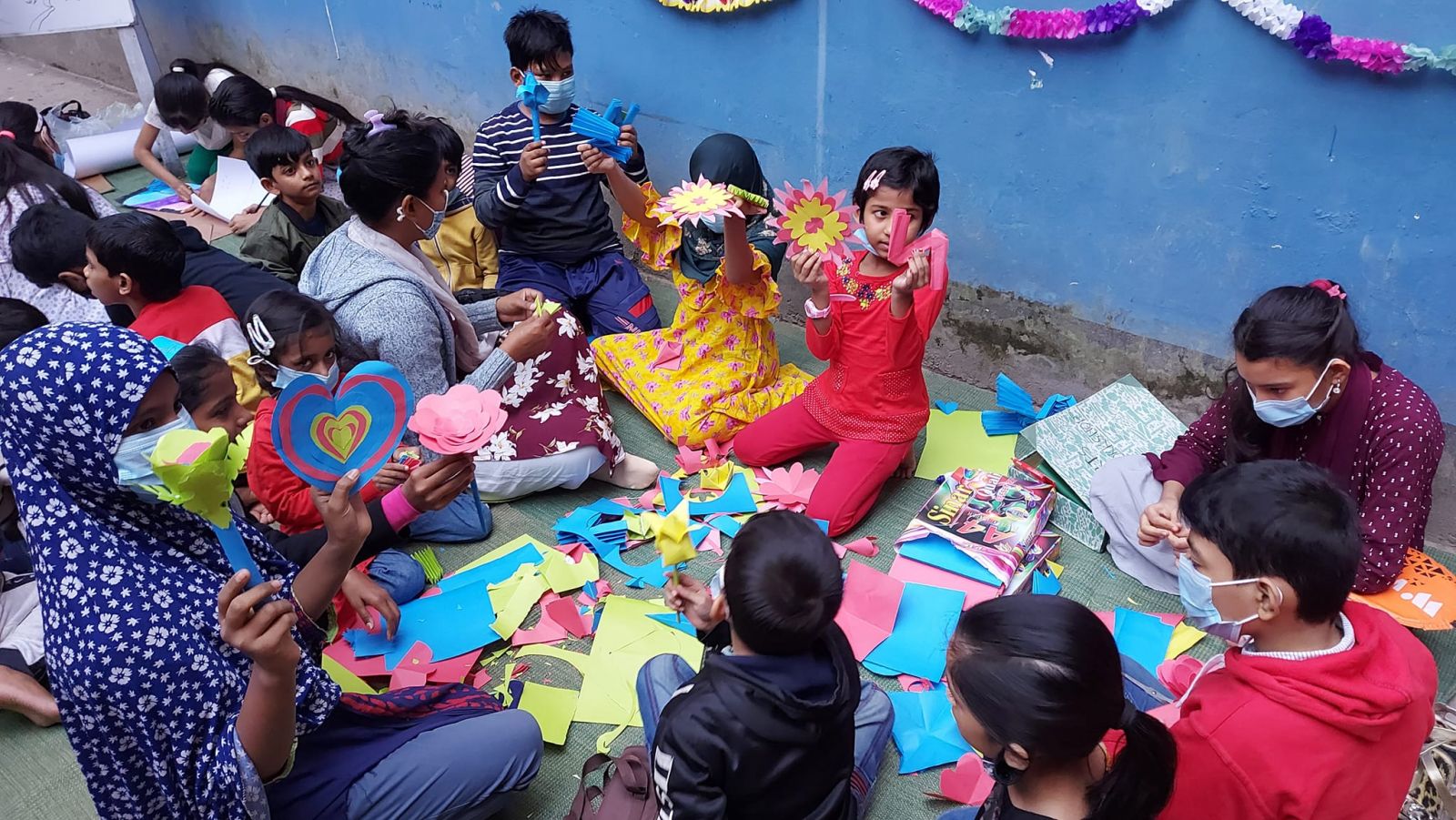 A survey by RAJUK found that there are no playgrounds or parks in 36 of the 129 wards of the two City Corporations in the capital. Creating community-based mobile playground can be an effective solution for creating opportunities for children's to play and socialize. Besides, a vibrant and livable city will be ensured by building harmony among the locals.

With the aim of creating playing and socialization opportunity on December 22, 2021, at 03:00 pm, a mobile playground initiative has been inaugurated at Shankar's Niribili Housing Society. The initiative is jointly organized by Ward No. 34 of Dhaka North City Corporation, Niribili Housing House Owners' Society, and Work for a Better Bangladesh (WBB) Trust and it was inaugurated by Mr. Sheikh Mohammad Hossain Khokon, Councilor, Ward 34 of Dhaka North City Corporation. This mobile playground will be regularly organized every Wednesday from 3.00 pm to 5.00 pm with various activities such as, painting, handicrafts, socialization, chess-ludu-carom-rope skipping-badminton etc.

Mr. Sheikh Mohammad Hossain Khokon, Councilor, Ward 34, Dhaka North City Corporation was present as the Chief Guest at the inaugural function and it was presided over by Gaous Pearee, Director, Work for a Better Bangladesh Trust and Mr. Ziaur Rahman, Senior Project Officer of the organization moderated the event. Md. Hasan Tariq (Babu), President of Niribili Housing Society, HM Nurul Islam, Headmaster of Dhanmondi Kachikantha High School and MA Mannan Monir, Headmaster of Dhaka Ideal Cadet School were present as special guest. Besides, officials of Work for a Better Bangladesh Trust, Institute of Wellbeing Bangladesh and residents of Niribili Housing Society were present in the occasion.

Mr. Sheikh Mohammad Hossain Khokon, Councilor, Ward 34, Dhaka North City Corporation said, “We do not have adequate playground-park for the city dwellers and that is having negative impact on physical and mental health. Children, women, and the elderly will benefit if opportunities for playing and socialization are created for a certain period of time by organizing mobile playgrounds in unused or underused places in the area. This activity of Ward 34 is an example for other wards. If such initiatives are organized in every ward, the city dwellers will benefit and a vibrant and livable city will be ensured.

Speakers at the event said, “Our children were in lockdown for a long time due to COVID. Their physical and mental development has been hampered due to prolonged stay at home. Organizing mobile playgrounds will play an important role in their physical activity, socialization and intellectual development. Children's addiction to various electronic gadgets including computers and mobile phone has increased due to lack of adequate playing opportunity. This problem has multiplied due to online classes. This problem can be solved to a great extent, if playing and socialization opportunities are created for children by organizing community-based mobile playgrounds.

Gaous Pearee said there are not enough playgrounds and parks in Dhaka city. Considering the constraints of money and space, it is not possible for the City Corporation to build conventional playgrounds-park in a short period of time. However, it is possible to build community-based playing and socialization space in every ward of the city at very low cost and in a small space. I hope that all the relevant authorities including Dhaka North and South City Corporation will take this into consideration for the development of physical and mental health of the city dwellers.