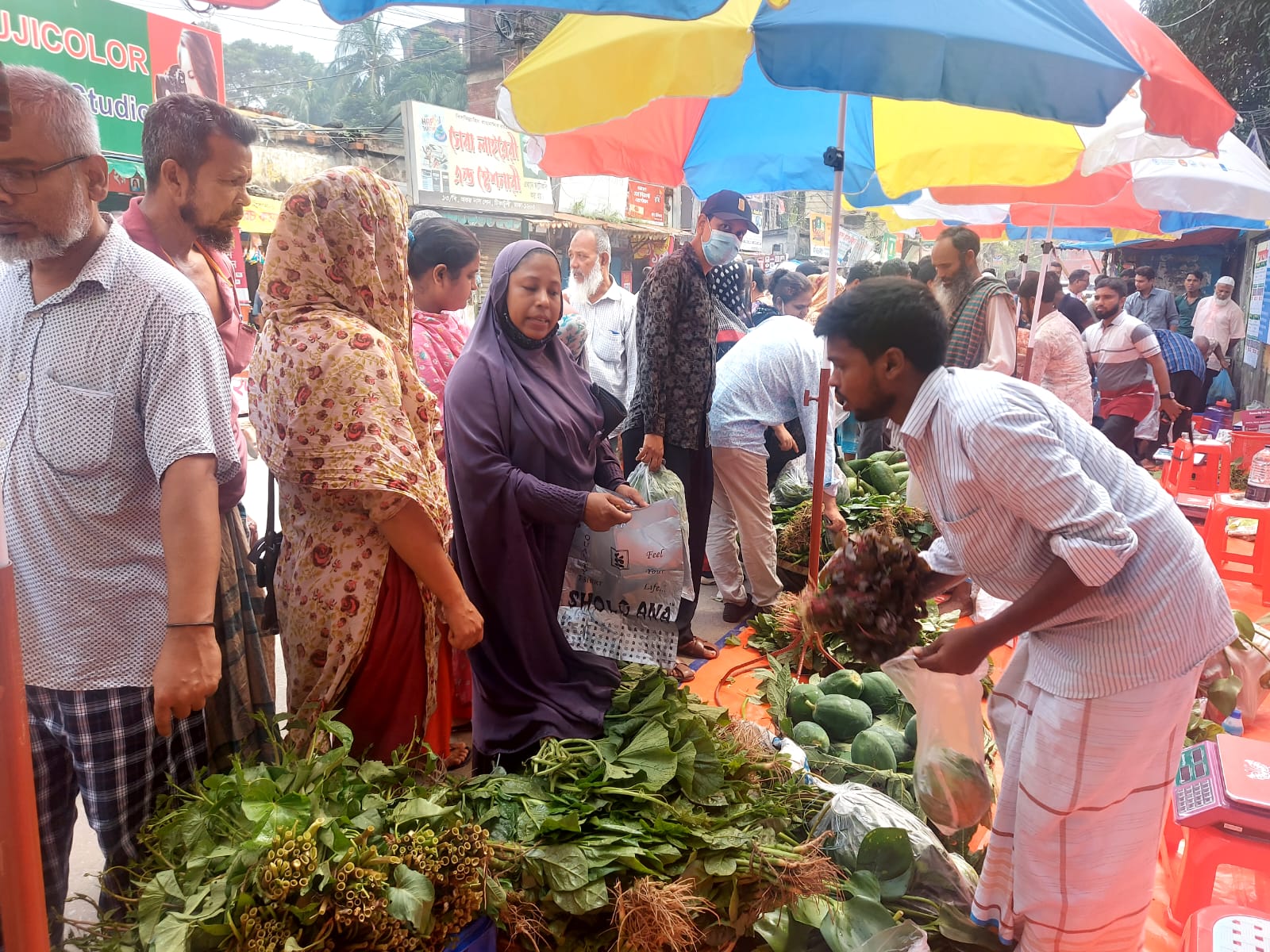 Agriculture plays an important role in the socio-economic development of Bangladesh. Though it is an agriculture-based country, farmers are mostly neglected here. In the current market system, farmers are forced to sell their produce in a minimal price, due to the dominance of the middlemen. But the consumers buy the same produce in a high price from the local market. In this system, it takes a long time for the products to reach the market and to keep the look of the produce fresh, a lot of harmful chemicals are used. To ensure safe access of food to the consumers and fair price to the farmers, establishing farmers’ market is a timely initiative.

On 7th October 2022 the inauguration ceremony of the farmers’ market in ward no.39 of DSCC was jointly organized by Embassy of the Kingdom of the Netherlands, Dhaka South City Corporation, Department of Agricultural Extension, Food and Agriculture Organization of the United Nations, and Work for a Better Bangladesh Trust. And speakers opined such during the inauguration ceremony. This market will operate at Abhay Das Lane on each Friday from 7 AM to 2 PM and ten farmers from Tetuljhora, Savar will sell their safe produce to the consumers.

Other Activity
The company is delaying the government's serious efforts to control tobacco
Public Health needs to be given top priority in Fiscal Policy
Farmers market at Mohammadi Housing Society, Mohammadpur
The government's existing share in tobacco companies is a major impediment to tobacco control
Neighbourhood Farmers’ Market inaugurated in Eskaton Garden