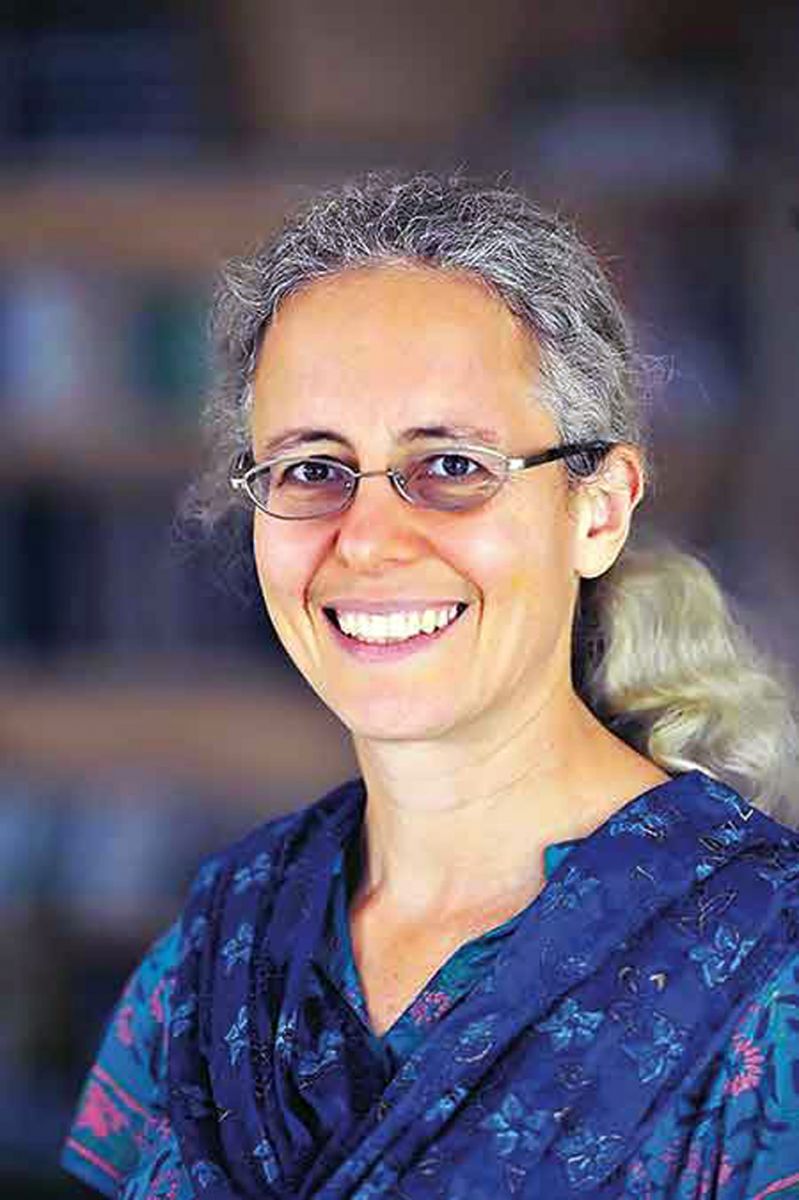 Debra Efroymson is an activist, researcher and policy expert on global tobacco control. She has worked with the Canada-based international health organization HealthBridge Foundation as a Regional Director for several years. She also worked on tobacco control for more than two decades. She is an author of more than 40 publications relating to different issues including tobacco control. Several of his research works have been published in many languages too.

One of her reputed research "Hungry for Tobacco" was published in the peer reviewed journal BMJ Tobacco Control in 2001.  This research has provided new momentum for global tobacco control and established the link between poverty, malnutrition and tobacco. Based on this research, the World Health Organization (WHO) selected as theme for World No Tobacco Day 2004 (each year this day is celebrated on May 31). Her another publication is Tobacco and Poverty: A vicious cycle. Her publication Tobacco Control Manual published in 2001has been translated into other languages. This book provides guidelines to different groups of people and organizations to work on tobacco control. In addition she has gained tremendous experience and expertise on social and equity justice, public health, urban and transport planning.They Daily Observer very recently approached her to know about her observations on present status of tobacco use and control. Excerpts:

Observer: How do you review the achievement of Bangladesh government in fixing tobacco taxes?

Debra Efroymson: Bangladesh has not done well at raising taxes on tobacco to keep the prices increasing above inflation. This is easy to see: as the price of basic essential goods like food continues to rise, the price of tobacco stays about the same, which means that tobacco is actually getting cheaper over time. Tobacco should not be cheaper than food. The government needs to take strong measures to raise taxes on tobacco regularly, above inflation, so that tobacco grows ever more unaffordable with time. The government also needs to strengthen its tax collection mechanisms so that tobacco companies cannot evade the taxes.

Observer:  What initiatives government should adopt to prevent tobacco use?

Debra Efroymson:  The Government of Bangladesh has already taken many strong initiatives to reduce tobacco use. The new pictorial warnings are just appearing on packs. Many places are now smoke-free. Ads are banned for the most part. Our major weakness is unfortunately also in the most important area: taxes. Raising the price of tobacco has been proven to be the single most effective measure to reduce tobacco use, and this needs to happen consistently in Bangladesh.

Observer: Would you share your views on existing barriers for controlling tobacco across the country?

Debra Efroymson: The tobacco control movement has done better at addressing cigarettes than at addressing bidis and smokeless tobacco. Since women are most likely to chew tobacco rather than smoke, this issue particularly affects women. We need some supplemental activities to reduce the use of tobacco products other than cigarettes. This could include stronger ad bans, placing pack warnings on other products, and ensuring that all manufactured tobacco products pay tax.

Observer: How could sustainable fund play an important role in preventing tobacco?

Debra Efroymson:  A health promotion foundation that is funded through a surcharge on tobacco would provide a sustainable source of funding for activities to promote health, including those that reduce tobacco use. The Government of Bangladesh has already placed a 1% surcharge on tobacco products to be used for health promotion. That money needs to be used wisely, and a foundation should be created, using existing successful foundations (such as Thai Health or VicHealth) as a model. Since the poor are most likely to use tobacco, the foundation should particularly target health problems among the poor. A sustainable source of funding for health promotion would be enormously valuable and would allow us to tackle some of the tobacco-related and other health issues that currently are ignored due to lack of funds.

Debra Efroymson:  In country after country, experience has shown two clear trends. When the price of tobacco products goes up, consumption goes down. When prices are lowered, usually due to concerns over smuggling, use goes up. There is absolutely clear evidence that the most effective way to reduce tobacco use is by making tobacco products more unaffordable over time. As this will also deter youth and the poor from starting to smoke, it will save them from wasting their money on these deadly products in future. Since it will also help others to cut back or quit, it will help them too.

Observer:  Western countries haven't yet succeeded in eliminating tobacco even after raising prices of tobacco products and banning smoking in public places. So, in that light how do you review the situation in developing world? And is a tobacco- free world really possible?

Debra Efroymson:  Although the phrase "tobacco-free" is commonly used, a tobacco- free world is not a realistic goal. Even if tobacco were completely eliminated from the world, people would still get sick and die from many other causes.  A realistic goal is a drastic reduction in tobacco use so that a small percentage of the population continues to use tobacco...but not enough for tobacco use to be a major source of ill health or early death. Thailand has halved the rate of smoking among men and kept it low among women; we could set a similar goal in Bangladesh. Once the problem is reduced significantly and non-smokers are no longer exposed to the smoke of others, we could devote more of our time and energies to other pressing health issues while ensuring that prevalence of tobacco use does not again rise.

Other Media
Experts for sustainable fund to control tobacco use
Declaration of Conference on Tobacco Control and Health Promotion
City of cacophony
Department of Forest declared all of it's offices smoke free
Strict enforcement of anti-tobacco law demanded, newstoday