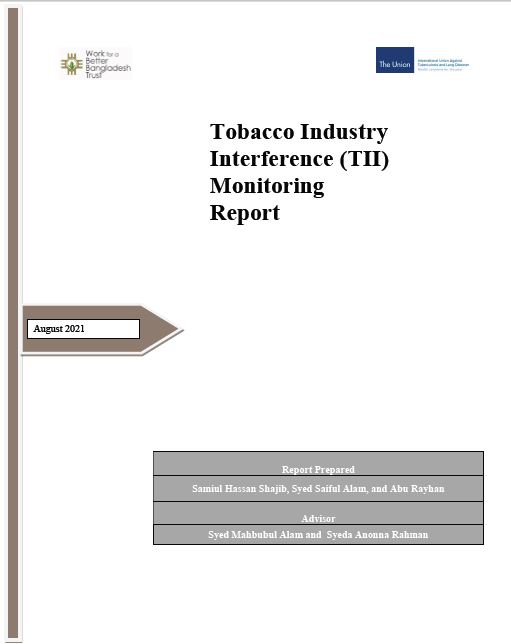 A total of 57 industry interferences were reported in August. Notable among these we identified that, A vaccine registration booth has been set up the initiative of British American Tobacco Bangladesh. On the other hand four organizations involved with TV drama demanded 16 points
for dignity and freedom of work in a roundtable meeting and speaker’s said smoking and drinking are shown when characters need it.
With the technical assistance of the Union, WBB Trust has collected all the information about the
interferences done by the tobacco companies. A brief report on the activities of tobacco
companies has been prepared in recent times. Download here
Other Publication
“Tobacco Company Intervention, Major Obstacles to Tobacco Control”- A Research Book.
Prevention of Tobacco Tax Evasion "Law and Policy Review"
Existing laws and policies that hinder tobacco control
Expansion of tobacco cultivation and influence of the company
Tobacco Industry Interference (TII) Monitoring Report February-2022