Dhaka: cycling city of the future 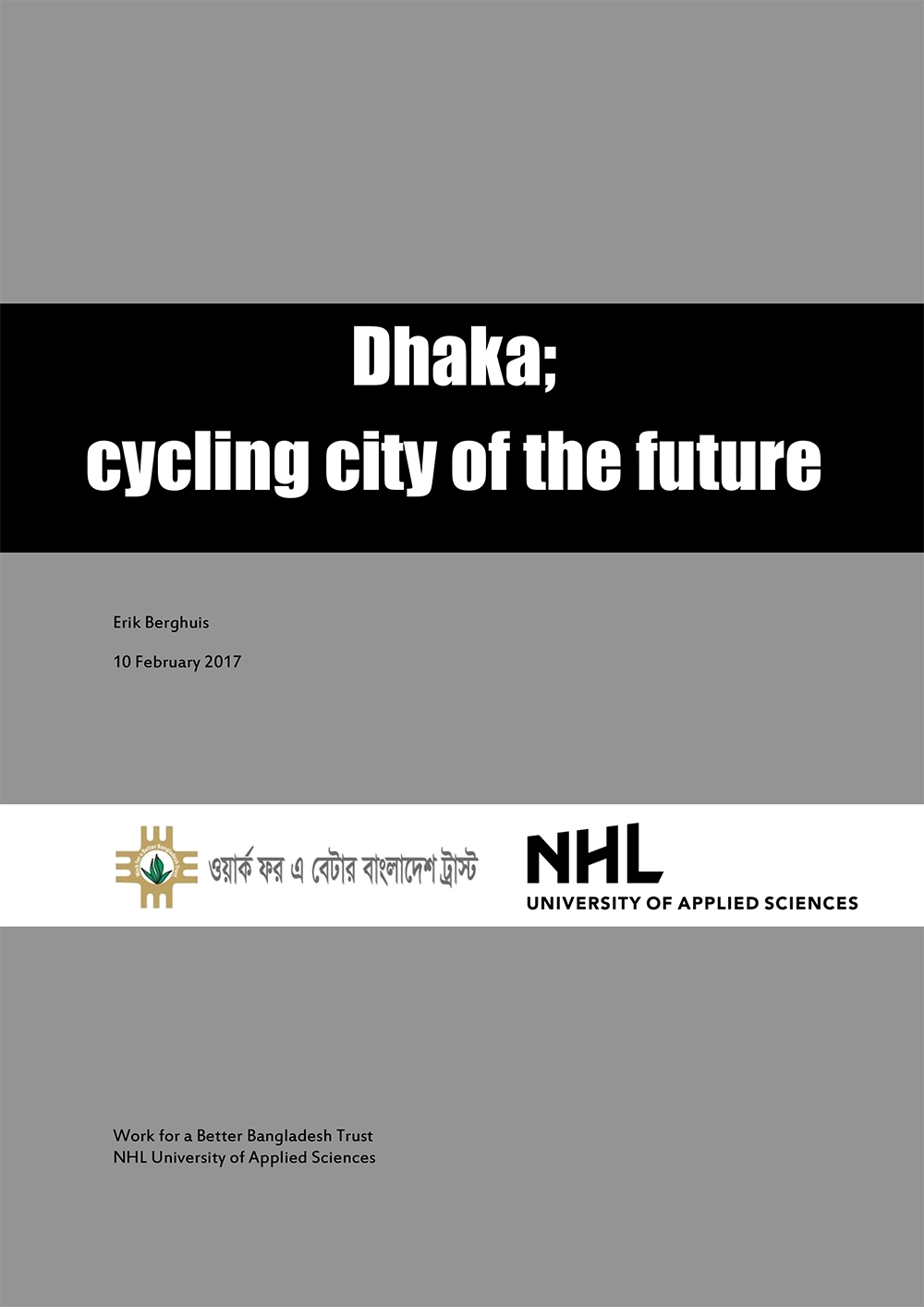 It is one of the biggest cities on earth, with 17 million people: Dhaka Metropolitan Area (Dhaka MA). Even it is one of the fastest growing cities. Prognoses for 2025 is more than 25 million inhabitants. Dhaka’s population is always moving. Certainly everyone has the right to move, going to school, going to work or doing grocery shopping. But to reach your work or school you need space and possibilities to move. Most of the time are people stuck in traffic. It is difficult to imagine if you see the current traffic situation, not even one tenth of trips is made by car. However, the car is a huge problem for Dhaka MA. With other motorized vehicles and rickshaws the traffic is congested 24/7. This city is not built for this population density, in relation with the needed transportation (either car, public transport or rickshaw). Difference between the amount of cars and the amount of bicycle trips is small. Just 1 of the 50 trips is made by bicycle (only 2%). Unlike the car has a bicycle much more advantages.

Okay, obvious are arguments like: it is healthier, it is environment-friendlier, it is cheaper. There are more advantages: often is cycling shorter (in terms of distance and time), it is improving social cohesion. In the other hand is also resolving poverty and it gives boys and girls the same chances for education. Just for cities like Dhaka it is important to promote cycling and to get more people to participate in the movement. As we thought before is the car for the rich people. Cars give them a social and economic status. Which is not given when you drive on a bicycle. With this report it is proven that mainly young males use the bicycle for transportation, they use it also regularly, for example to reach their education or their work. And women use bicycles rarely for transportation. Interviewees are from poor and rich neighbourhoods, to make the research representative to Dhaka’s population. Among current roads in Dhaka University is Dhaka City Cooperation (DCC) building cycle lanes, to launch a network of cycling infrastructure. Despite the need of cycle lanes is little, it is a step in the right direction of a cycle-friendly Dhaka.

The need of cycling-friendly infrastructure is growing. Separate cycle paths or cycle lanes should insure safety of the users. But alas is this approach unrealistic and too big for this moment, while just 2% is using it. To build this kind of infrastructure is too expensive for this small target group. Therefore multiplying the target group should be the first step. After that policy makers can resolve problems with cycle-friendly infrastructure and engineering treatments. Even it is ‘to educate’, many people do not know advantages of cycling. Furthermore their behaviour against cyclists is quite rude. In terms of education and behaviour is also chances to improve. Simplified: we have to wait for the ending of the elevated expressway and metro rapid transit (MRT). Then it is our time to shine. But we can start with the promotion right now, and we should do it. The first step is made, policy makers have to set a lot of other steps and there is a lot of work to do, to make Dhaka cycle-friendly. Download report