Advertising of Unhealthy Foods in Bangladesh: The Current Situation and Suggestions for Action 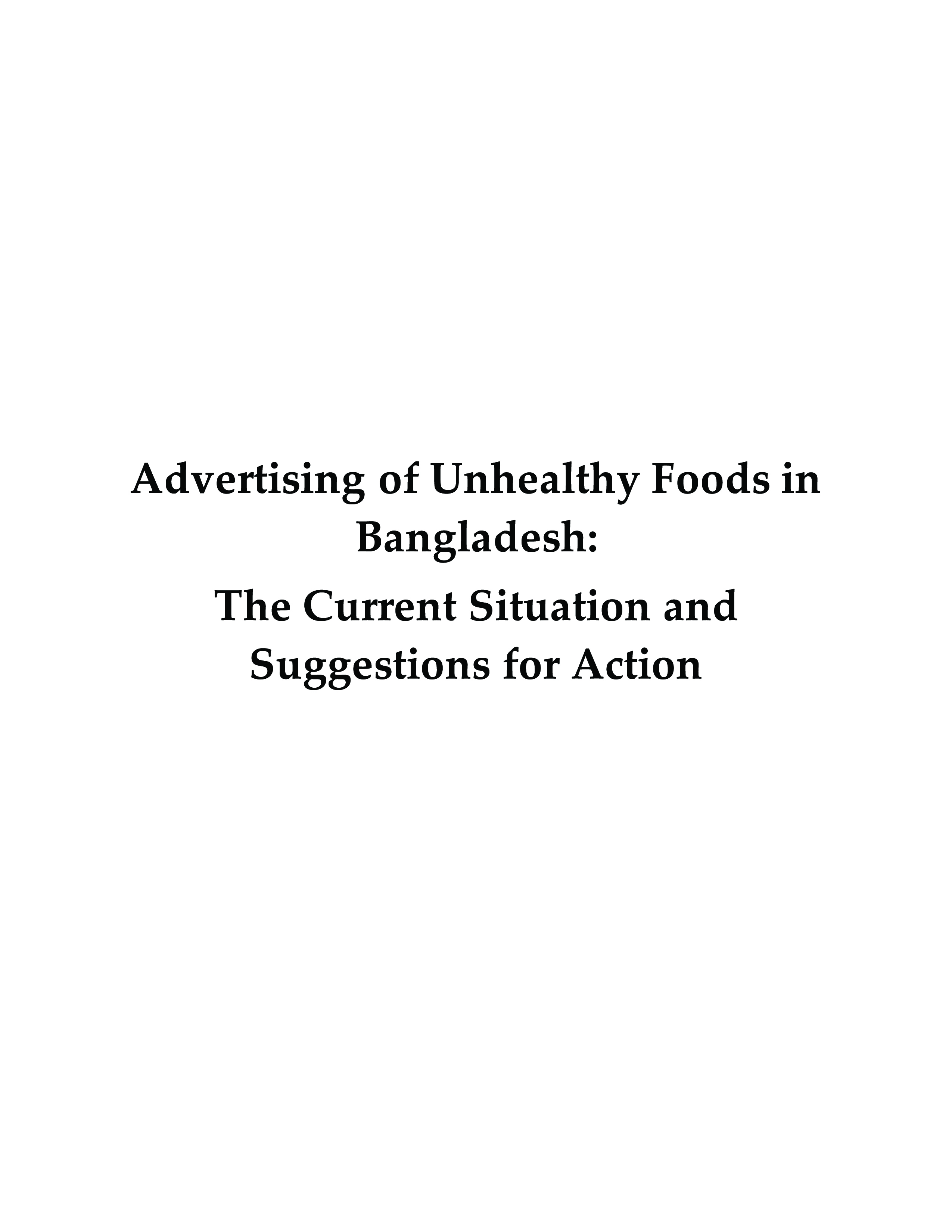 The growing epidemic of non-communicable diseases (NCDs) is causing increased concern throughout the world. In particular, illness and early death from NCDs is a growing problem in low-income countries. Bangladesh is experiencing growing rates of NCDs. The four main risk factors for NCDs are tobacco use, unhealthy diet, insufficient physical activity, and excessive alcohol use. Most of the population of Bangladesh has various risk factors for an NCD While much has been done in Bangladesh on tobacco control, and while alcohol use is not a major issue, more needs to be done about the problems of unhealthy diet and insufficient physical activity. One cause of unhealthy diet is the promotion of unhealthy foods, accompanied by the lack of promotion for healthy foods. This report looks at the advertising of unhealthy foods via billboards, signboards, television, and newspapers, and provides suggestions on addressing the promotion of unhealthy foods, as well as on NCD control overall. Download