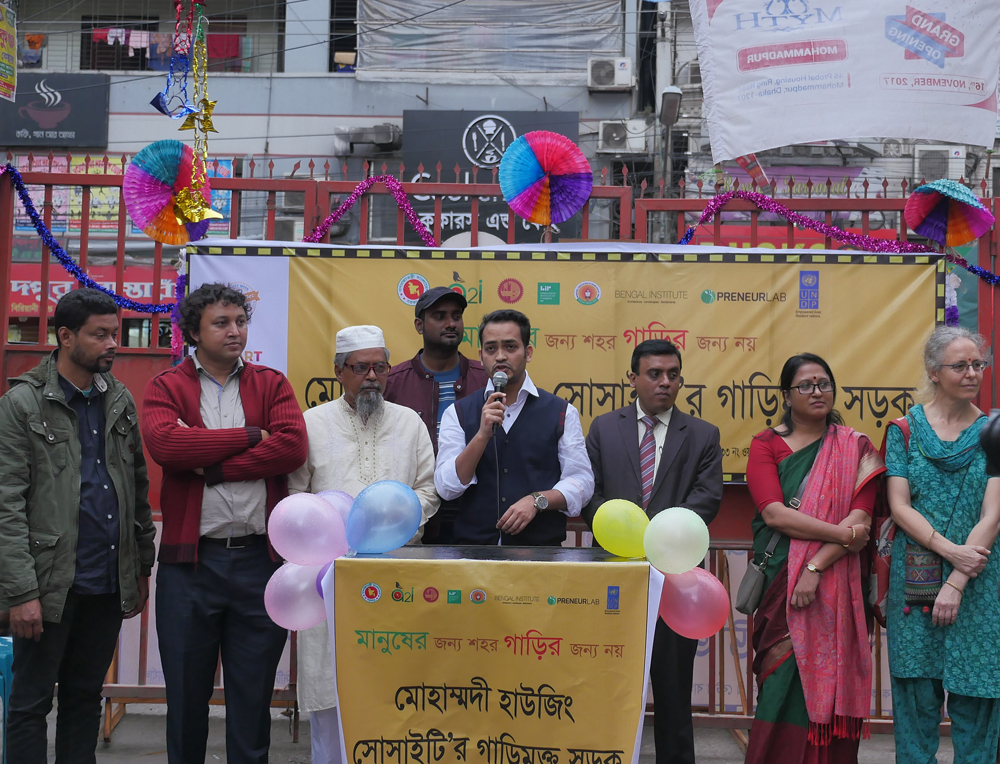 It is possible to develop the condition of environment, health and economy by developing public transport system and controlling the usage of private cars. That is why many cities around the world restrict motorized vehicles in the street for some hours and open the street for recreation. Dhaka city lacks enough parks and playgrounds and that is why the proper growth of children is hindered.

They are becoming more and more addicted to TV, video games and other gadgets like mobile phone, tab etc. The elderly people in our society do not have place to spend their leisure time.  A specific street can be kept car free for few hours and be opened to the community people to enjoy their selves by playing or socializing.

On 9th December 2017, as part of Smart City Campaign by Access to Information (Honorable Prime Minister’s Office), UNDP and other stakeholders; with cooperation of 33 no ward of Dhaka North City Corporation and Zone-5 of Dhaka North City Corporation, Mohhamdai Residential Welfare Association and Work for a Better Bangladesh Trust jointly organized Car Free Street event at 3 no road of Mohammadi housing Society.

Late Mayor Annisul Haque of Dhaka North City Corporation directed the councilors of each ward to select one road to make car free. According to 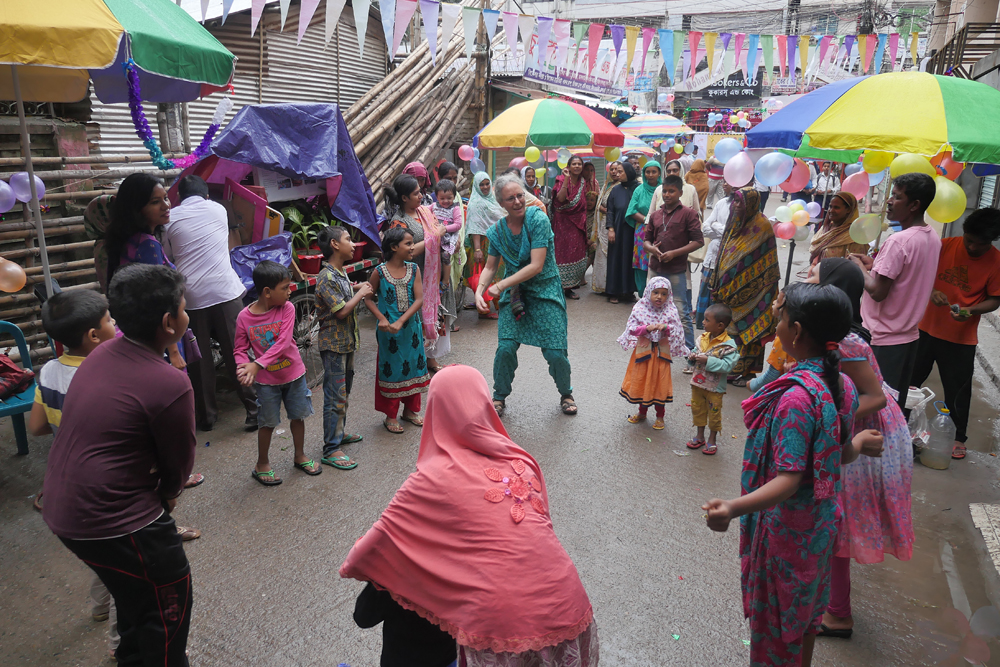 that direction, students from BUET conducted study under the supervision of Work for a Better Bangladesh Trust at 3 no road of Mohammadi Housing Society, ward no 33 and Razia Sultana Road, ward no 31. On 9th December 3 no road of Mohammadi Housing Society was opened for community people for 3 hours. During the time, the street was filled with various games, children’s laughter and joy. Also the elderly people were seen to socialize.

Before the event a small discussion was held. In the inaugurating speech Program Development Consultant of UNDP Maruf Hossain said that, to build a livable city we have started Smart City Campaign. Parks and playgrounds offer recreational opportunity to people. But our city lacks this facility. By the car free street initiative, we can resolve the issue partly.

Ward Councilor of 33 no ward of Dhaka North City Corporation, Tarekuzzaman Rajib said that, Dhaka is losing parks and playgrounds gradually. Our children are detached from the nature. They do not have physical and social capacity. So we need to take this kind of initiatives for them. 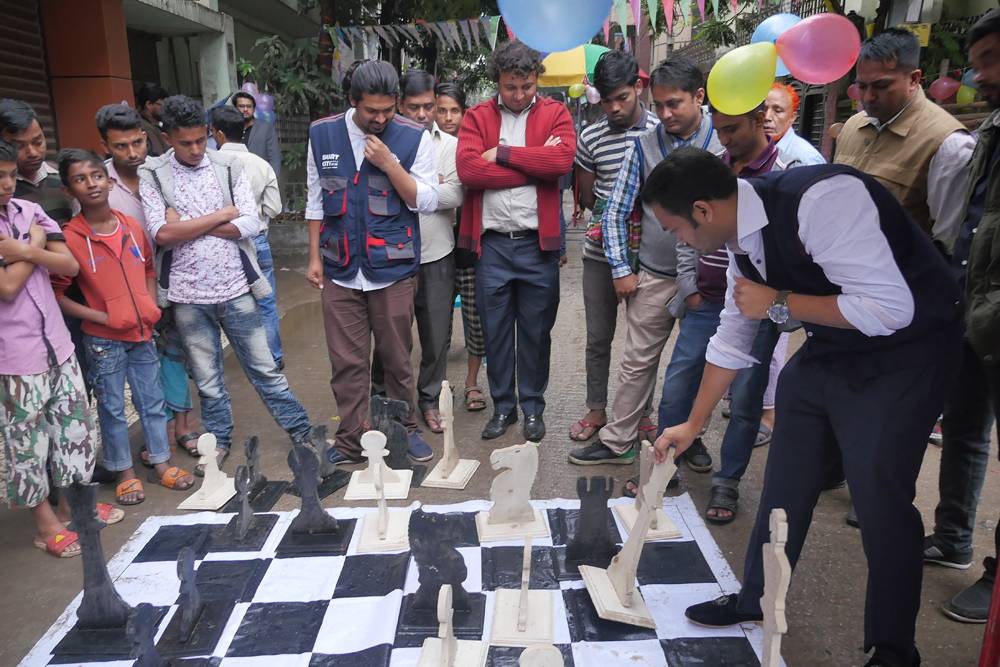 Zonal Executive Officer of Zone-5 of Dhaka North City Corporation, SM Ajior Rahman said that, we are committed to fulfill the dreams of Late Mayor Annisul Haque to build a livable city. We have been successful to materialize one of his dreams. We are really very happy for that. We will continue doing his incomplete works.

Regional Director of HealthBridge Canada Debra Efroymson said that, at present children do not have recreational opportunity. Initiatives like car free street, will offer children opportunity to play. And gradually by giving up cars, we will be able to build a more livable city.

The discussion meeting was presided by Director of Work for a Better Bangladesh Trsut Gaous Pearee. She said that, today the street is opened for children to play, community people to socialize. The street has become lively. We can create socialization opportunity for people like this.