The company is delaying the government's serious efforts to control tobacco 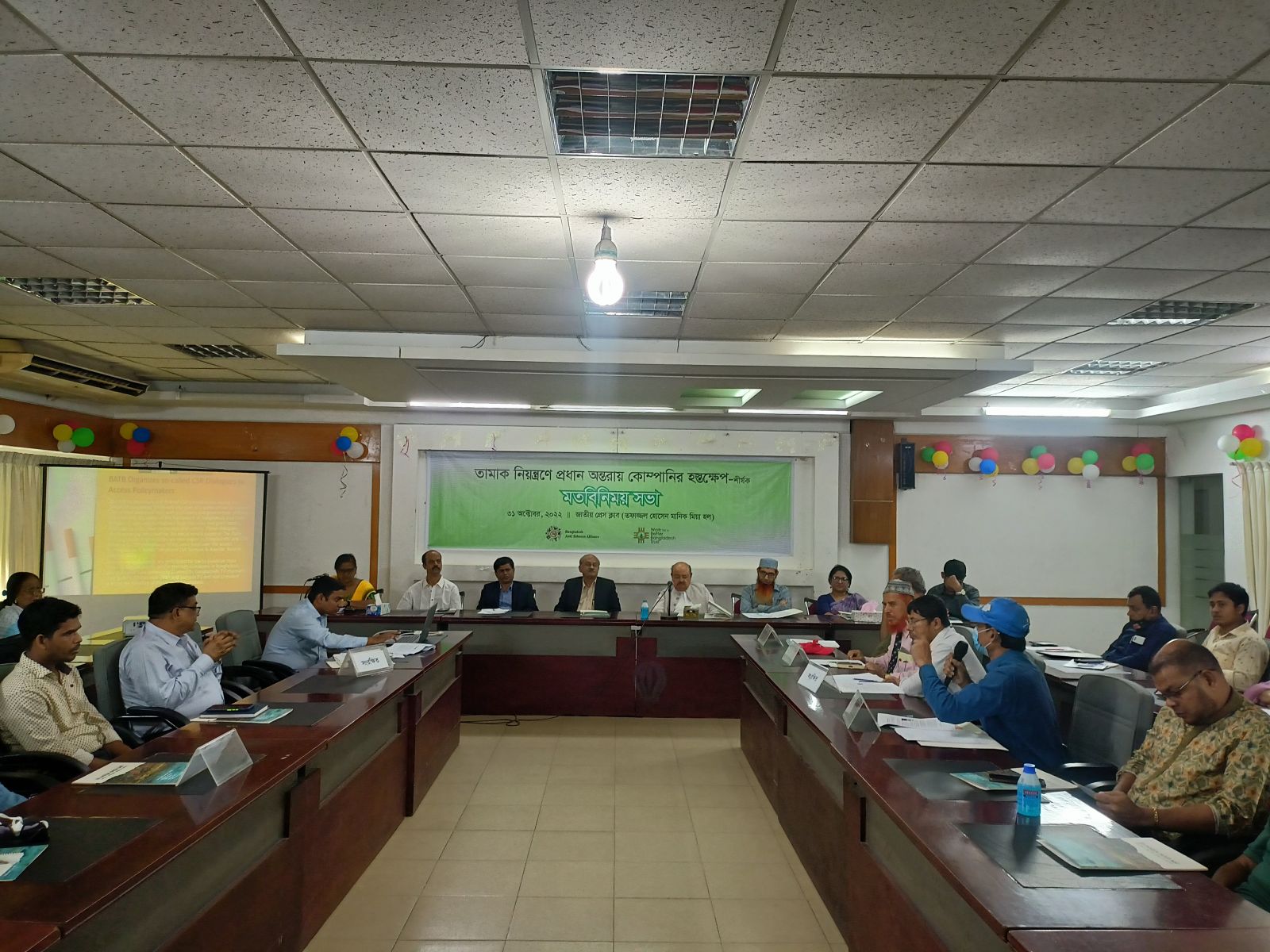 onsidering the harmful effect of tobacco, the government is taking consistent and multi-pronged steps, including implementing laws and strengthening policies to control tobacco. But the cause of great concern is that despite the many positive initiatives taken by the government to control tobacco, tobacco companies have long been influencing the implementation of laws and the formulation of supporting policies, which is creating a major obstacle in the implementation of the commitment of the honorable Prime Minister to build a tobacco-free Bangladesh by 2040 to improve public health. With the emphasis on the above issues, today, 31 October 2022, at 11:00 am, a discussion meeting titled "Interference by companies in tobacco control" was organized at Tofazzal Hossain Manik Mia Hall of National Press Club under the initiative of Bangladesh Anti-Tobacco Alliance and WBB Trust.

Mr. Hussain Ali Khondkar said that the uncontrolled supply of tobacco products in the retail market and Interference by companies are the main obstacles to tobacco control. Taking advantage of the weakness of the Tobacco Control Act, it is now necessary to formulate a proposal of the Tobacco Control Act to solve the obstacles that the companies have been creating in tobacco control for so long.

Sushant Sinha said tobacco companies have several high-level bureaucrats in the government, leaving them room to interfere at the policy-making level. He opined that there is a need to have a specific policy for compulsory land tax and corporate social responsibility (CSR) for tobacco land.

Mr. Mozaffar Hossain Paltu said that to save Bangladesh from possible famine during the transitional period of the whole world, farmers should be encouraged to cultivate other vegetables and fruits instead of tobacco cultivation. In addition to making the licensing system mandatory for tobacco control, accurate information about the economic damage caused by tobacco should be disseminated more and more in the media.